The Weiss Family from Bavaria

Frankenmuth, MI was settled starting in 1845 with 15 people, followed in 1846 with 14 more. And a flood of German immigrants from Bavaria settling in Saginaw, Tuscola and Bay counties.

There were lots of Weiss’ and they recycled many of the same names. Sorting them out is quite difficult.  I’ve tried that with my Frankenmuth Settlers page on Ancestry.com. This site will just include my immediate ancestors. 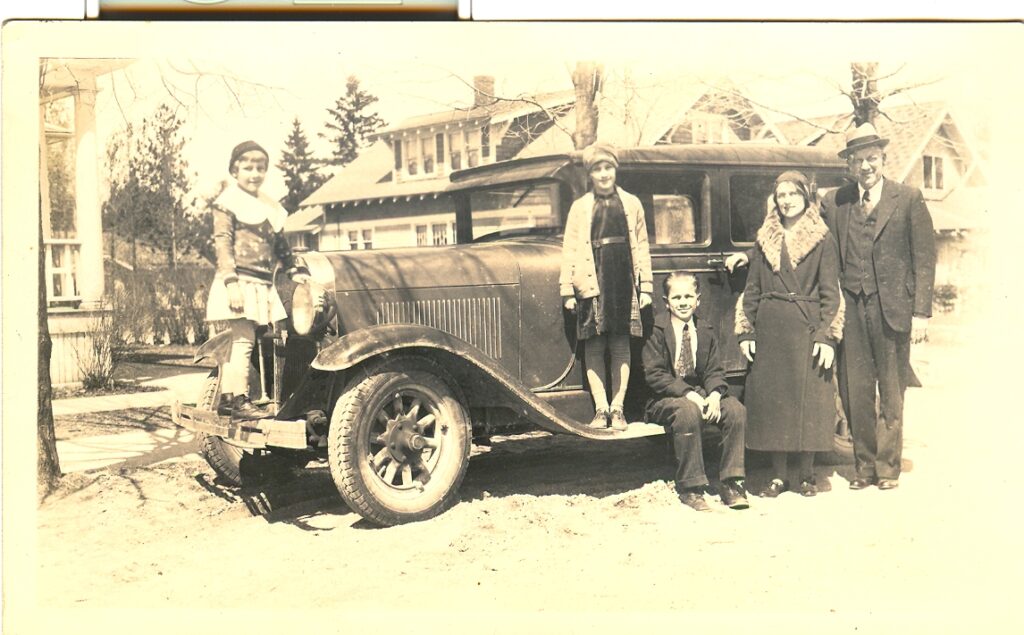 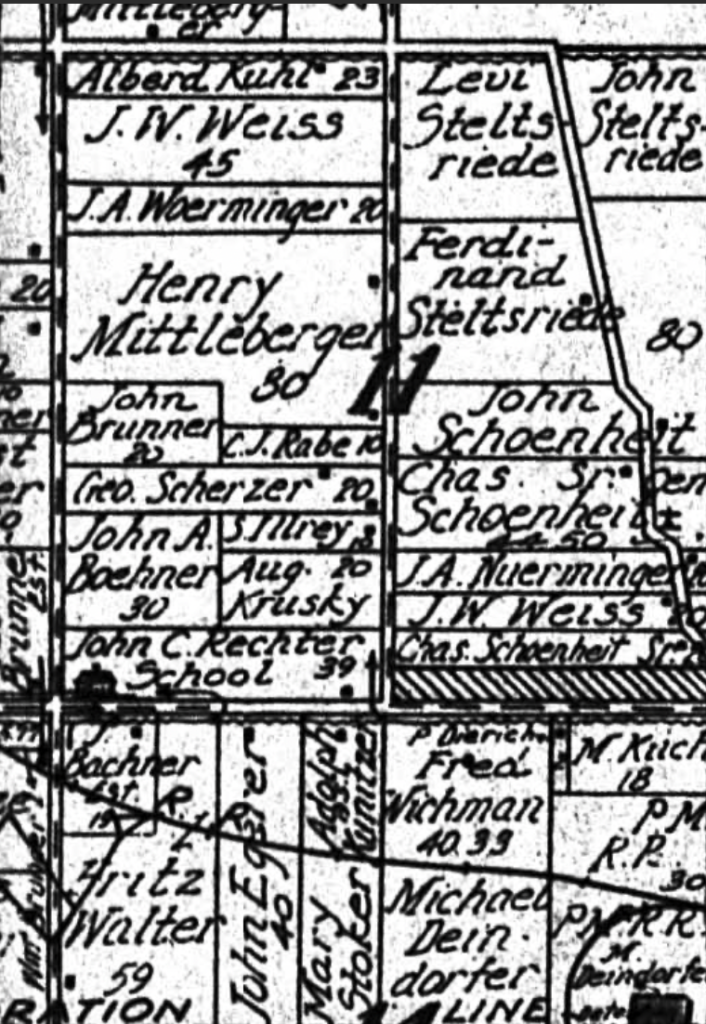 In 1844 a German missionary “circuit rider” in America sent a plea to Germany for help in bringing Christianity to the Indians.  One of the people to answer the call was Rev. August Cramer from the Franconia district of Bavaria.  He inspired his “servant” Lorenz Loesel to recruit others from the small town of Neuendetteslau, Bavaria to make a mission colony and in 1845, 15 people set sail on the Caroline for America and particularly Saginaw County, MI.  The location reminded them of Bavaria with tree covered rolling hills and a clear river.  They chose the name Frankenmuth (courage of the Franconians) and purchased 640 acres. In 1846 the second group of 14 arrived and many more after that.

All of the early settlers of Frankenmuth were from towns in the the same area near Nuernberg, Ansbach and Rosstal.  They named their Frankenmuth church St. Lorenz after the Lutheran church in Ansbach.  They pledged to be loyal to Bavaria, the Lutheran church and speak German.  Eventually other settlements were made:  Frankentrost, Frankenlust (Amelith) and Frankenhilf (Richville).

This is what Florence Parth wrote in 1991:  The family sailed for America in 1852, the trip across the Atlantic Ocean was terrible.  The  food was bad and never enough.  They usually had hard, stale bread over which they poured hot water and sprinkled with pepper so they could even eat it.  They had no fresh vegetables and if they had any meat, it wouldn’t keep very long as they had no refrigeration on the ship.  People got sick.  There were so many diseases and no medicines.  Many people died and your great-great-great-great grandfather was one of them.  They buried him at sea.  So his wife had to make the rest of the trip alone with her 2 sons and 2 daughters.  This is all we know about him, no one remembers even his first name, but that’s nothing to worry about as we’ll all meet him in heaven some day.

John Adam Weiss (1814) ultimately had four daughters and no sons.  He took Anna and her family under his care and treated his namesake – John Adam Weiss (1839) as a son.  They were farmer, and the land he settled stayed in the family for four generations until it was sold to the Zehnder family and became the location of the current Bavarian Inn.

THE SECOND GENERATION IN AMERICA

George (1861) was also a farmer on the homestead. He and Mary had six children:

Unless a person became a preacher or school teacher, (or married one) his life was spent in the tight community of Frankenmuth with his near and distant cousins.  Martin Weiss became a Lutheran school teacher.

Here is his obituary from Concordia Lutheran Seminary:

Martin Leonard Weiss (d 1-1-1950) son of Leonard Weiss and Catherine Zieroff was born 1/2/1894 at Frankenmuth, MI.  He was baptized and confirmed at historic St. Lorenz Lutheran Church, Frankenmuth.  After confirmation in 1908 he enrolled in Concordia Teachers College, River Forest, IL., from which he graduated in 1914.  For four years he taught school at Salem Lutheran Church, St. Louis, MO.  For 11 years at Immanuel, Frankentrost, MI, and for 15 years at St. John’s, Rogers City, MI.  For reasons of health he was compelled to give up teaching in 1944 and moved to Saginaw, MI. where he temporarily found employment as an office worker, intending to enter the classroom again as soon as his health would permit.  During this time he frequently served as guest organist in the neighboring churches and for the past three years as choir director at St. John’s Lutheran Church, Zilwaukee, MI.

On June 20, 1917, the deceased was united in holy wedlock with Esther Wolters of St. Louis, Mo.  The union was blessed with five children, in addition to his widow, one son. and four daughters he is survived by four grand children, two sisters and two brothers.

Twelve years after Esther Gaffney died, police are hoping advances in technology will help find the killer who broke into her home, set a fire and left the 80-year-old woman dead on a July weekend in 2004.  Gaffney lived in a rural area near the small town of Tustin, north of Reed City and northwest of Harrison in Osceola County.

Gaffney, the widow of a retired state police detective sergeant, had sold many of her personal belongings in the weeks prior to her murder as she prepared to move to Cadillac, which was closer to family and church friends, police and and media reports from the time said.

“A fire was started in the home, possibly in an attempt to cover the crime of murder, which devoured some of Mrs. Gaffney’s most prized possessions but burned itself out before the residence could be destroyed,” state police said in a press release in July 2005, a year after the murder.

*    The fifth child is still alive and kicking.

She is a sister of Martin L Weiss

There was a Weiss, name we do not know, who had a son Leonhard who was married to Margaretha ? Who died March 27, 1677 and then he married Walburga Pfeiffer June 19, 1677.

Barbara b 3/24/1807 (Cheryl’s Note:  This is the ancestor who other genealogists have said married Kasper Weiss and he died at sea.  He would have been the brother of Johann Adam.)

George Michael, born in 1822 stayed in Germany.  He had a son Leonhard born in 1857, we don’t know if there were sisters or brothers.  He married Maria Schwab they had 3 daughters:

Maria Babette married Fritz Krug and had no children.

Adam Weiss Sr.  Also known as Johann Adam Weiss Sr. Was born on 7/19/1814 at Kurzendorf, Bayern, Germany.  His father was George Michael Weiss and his mother was Maria Elizabeth Keitel. He was a halbbauer, which means he did other work besides farming.  He was registered with the army on August 15, 1828 and was released from ever serving on July 4, 1836 as per release papers on exhibit sheet.

On April 17, 1850 the single farmer son Johann Adam Weiss from Kurzendorf went to the court house and said “I want to make a trip to North America where I have friends and relatives.  The name of the place I have forgotten.  My plan is to go to America se see how I like it and to go with friends, if I don’t like it I will come back.”

Margaretta Weiss b 1865 (will be detailed later)

(Cheryl’s note:  Other researchers have found that Johann Adam and Maria were married in Rosstal in 1849. Margaret may have mis-interpreted the German where he said he was single, he may have meant he was traveling alone)

Johann Adam Weiss gave his son in law (John Haas) about 50 acres and his nephews (Anna Barbara Weiss’ sons) each got the rest of his land with 30 acres going to Kaspar Weiss and about 30 acres to Adam Weiss. (These will be discussed later).

The son-in-law John Haas had to take care of his unmarried sister in law – Barbara Weiss.

Johann Adam Sr. Is buried at St. Lorenz cemetery on the drive from the west of the church the south drive going ?

Barbara Weiss, daughter of Adam Weiss and Maria Magdalena Schaefer was born in 1858 and died in 1946.  She was never married and lived with her sister Margaretha who was married to John Haas who took care of her as per wishes of Johann Adam Weiss Sr. When he gave him some land.  She lived in a separate part of the house on Weiss St. Which was later owned by Edwin Zehnder.  She helped with the farming.  She never was completely healthy all her life.

Margaretha Weiss, daughter of Adam Weiss Sr. And Magadalena Schaefer was born in 1856 and died in 1941.  She was married to John Haas (1853-1919) and they had about 40 acres of land which was south of what is now Jefferson and west of Weiss St.  She also helped to care for her sister Barbara.  They had 3 children.  Anna Haas who was married to George Daenzer who lived on Curtis Rd. About a quarter mile east of Weiss.  Their children were Albert, Edwin, Martha, Elsie, Fisher, Clara Block, Harold, Alma Dankert.  Walter Haas who was a school teacher in Wisconsin.  Adolph Haas who inherited the farm from his father, they had one adopted son, Henry.

Pollett’s had a farm on Townline Rd. East of Block road.  They belonged to St. Lorenz Church and are buried about 100 feet north of the driveway west of the church near the parking lot.