Info on the Sendtko Family in Michigan 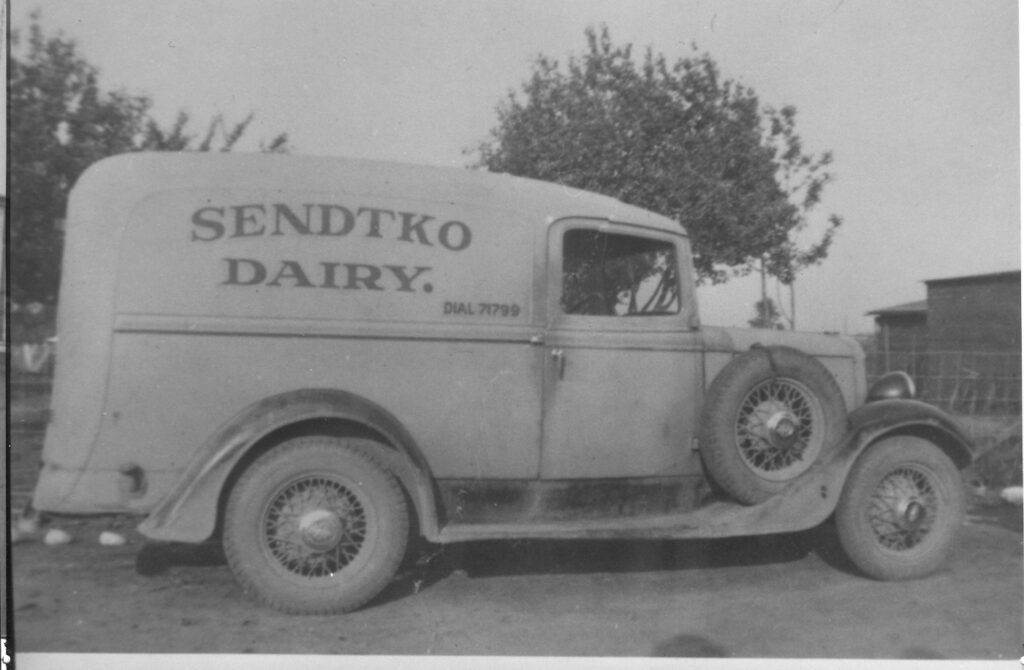 William Sendtko was  born on 29 March 1886 in what is now Olecko, Poland.  It has also gone by the names Treuberg, and Magrabowa . It was part of East Prussia when he lived there.

His parents were Marie Kolinski (1870-1906, maybe) and Johann Sendtko according to William’s marriage license in 1917.  There are several Johann Sendtko possibilities from the records of Olecko that could be his father.  Marie’s last name has been spelled many ways: Kolnesko, Kolneske, I’ve used the way that is in the Ortsfamilienbuch Krei Oletzko/Treuberg database.

His daughter Esther said that William was the overseer of a huge farm. He rode horses all day, every day to check on the crops and give orders to farm workers.  He left Germany to get away from his step-father who gave everything to his natural children.

His son Daniel said that he was drafted into the German military when he was 18 (1904) and he heard from an officer that war was coming so he decided to leave Germany.

1525 The Duchy of Prussia officially adopted Lutheranism and all of the Germanic people had that faith, but the Polish remained Catholic.

1544 there was a hunting lodge called Olecko, located on Great Olecko Lake.

1560 The town of Maggrabowa was founded on January 1, 1560 by Albert, Duke of Prussia, a vassal of Poland.  The name comes from Polish for Margrave’s town. The Polish Catholics kept using the name of Olecko. That has always been the name of the county.

1619 the Castle of Olecko was built for regional administration by the Duke of Prussia.

1657 the Duchy of Prussia became independent of Poland.

1701 it became part of the Kingdom of Prussia

1807 Polish soldiers were stationed there during Napoleon’s campaign against Prussia.

1871 it became part of the German Empire.

1825 only half of the residents spoke German

1836 the Catholic priests organized an unsuccessful protest against Germanization measures.

1919 Poland became independent of Germany and Russia after World War I, and the treaty of Versailles required that a vote be taken by the people to decide their future.

1920 In Oletzko, pro-German militia attacked Polish activists and the vote result for the area was 3,903 for Germany and none for Poland.

1945 After World War II the German population was expelled and replaced by Polish settlers.

William arrived in America on Dec. 4, 1912 aboard the steamer Kaisern Auguste Victoria.  Aboard the ship he met men who were going to Saginaw for jobs in the lumber industry and they convinced him to go there too.

He had the Sendtko Dairy in Saginaw and also was a teamster who ran a streetcar.  He met Emma Kunitzer on the street car and married her on 18 Feb. 1917.

(A map of Saginaw from 1908 shows several street car rail lines and stations.)

In 1925 he sponsored the immigration of his half-sister Ida Marie Bossy and her cousin Lena Bossy.

William and Emma had five children who grew up working on the farm.  Daniel said he never wanted to smell horse manure again.

Esther Sendtko wrote in the 1980s:  Our mom and dad lived on Hill St. & that house burned down.  This house was a large 2 story with a full porch on front & one side also.  It was war time and money was tight so mom & dad built only a bungalow style new house and it was this house that was torn down (2314 Hill St. to build I-675) except for the  double garage which was sold and people added on to it to make a ranch style house.

William died on 27 October 1951 in a freak accident.  He was riding in a car driven by Fred Burk.  They were going to work at the Michigan Sugar Company in Carrolton and the car was struck by a train at the Oak St. railroad crossing. Daniel said the driver tried to beat the train and lost.  William died instantly.  At that time the family lived at 3912 Hermansau.  They also may have owned a home at 2314 Hill St.  Daniel built his home at 3874 Hermansau, on part of the farm property.  He built a small cinder block home next door for Emma.